A Year of Meeting Challenges and Surpassing Goals!

During 2021, it seemed like most businesses focused on reestablishing and even redefining themselves after 2020 was so chaotic due to the pandemic. Challenges were plenty, and included managing distributed workforces, hiring, and retaining quality employees, and competing for customers amid their changing purchasing habits.

Fractional CMO & Marketing has been helping our clients by leveraging marketing strategies and tactics to meet their challenges and surpass their goals. 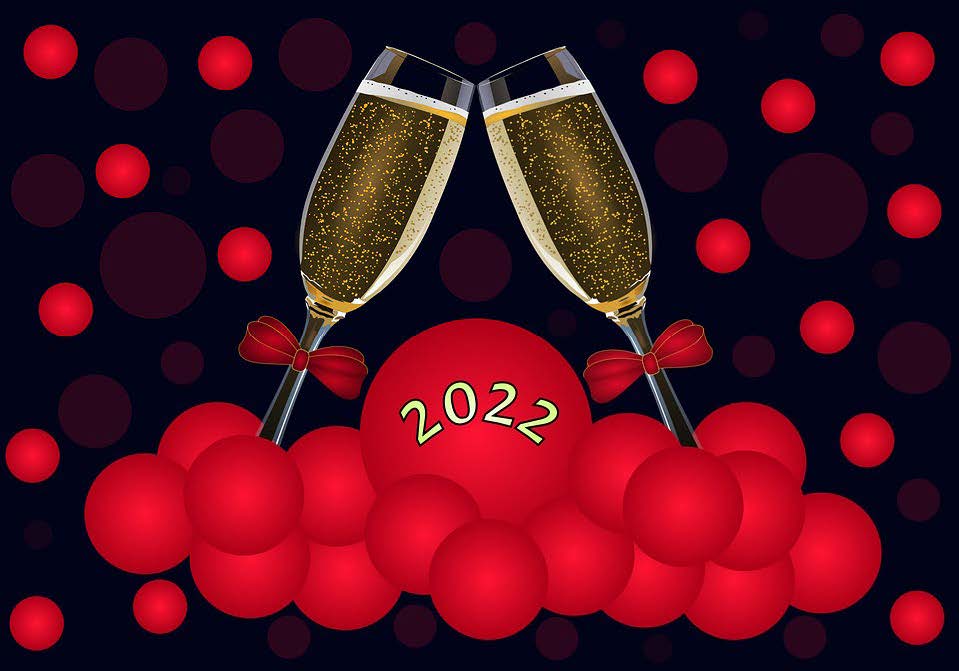 We are happy to report that all of our clients did very well during these changing and often difficult times. We are happy to have had the opportunity to being instrumental in their success, and we are very proud of our and their accomplishments.

Our clients benefitted from having a professional team of marketers on their side who helped shape the strategies needed for our new reality, and to execute marketing activities using best marketing practices for a portion of the cost is would have been if an in-house marketing team had to do so. Our entire team understood the competitive and challenging environment our clients faced, and we worked tirelessly to meet the challenges head on.

We recognize that things are not going back to pre-COVID-19 ‘normal’, and for that matter, there really is no ‘new normal’. The business climate is dynamic, and the pandemic just made it more evident than ever before. Every organization must constantly invent, renew, and compete fiercely, especially in the marketing arena.

We would like to thank our clients for working hard with us during a challenging year, and also thank them for their loyalty. If you are not yet a client of Fractional CMO & Marketing, I would like to invite you to call or email us to find out about our very unique approach to managing and implementing marketing activities for your company – You have nothing to lose, and you might gain a whole lot. 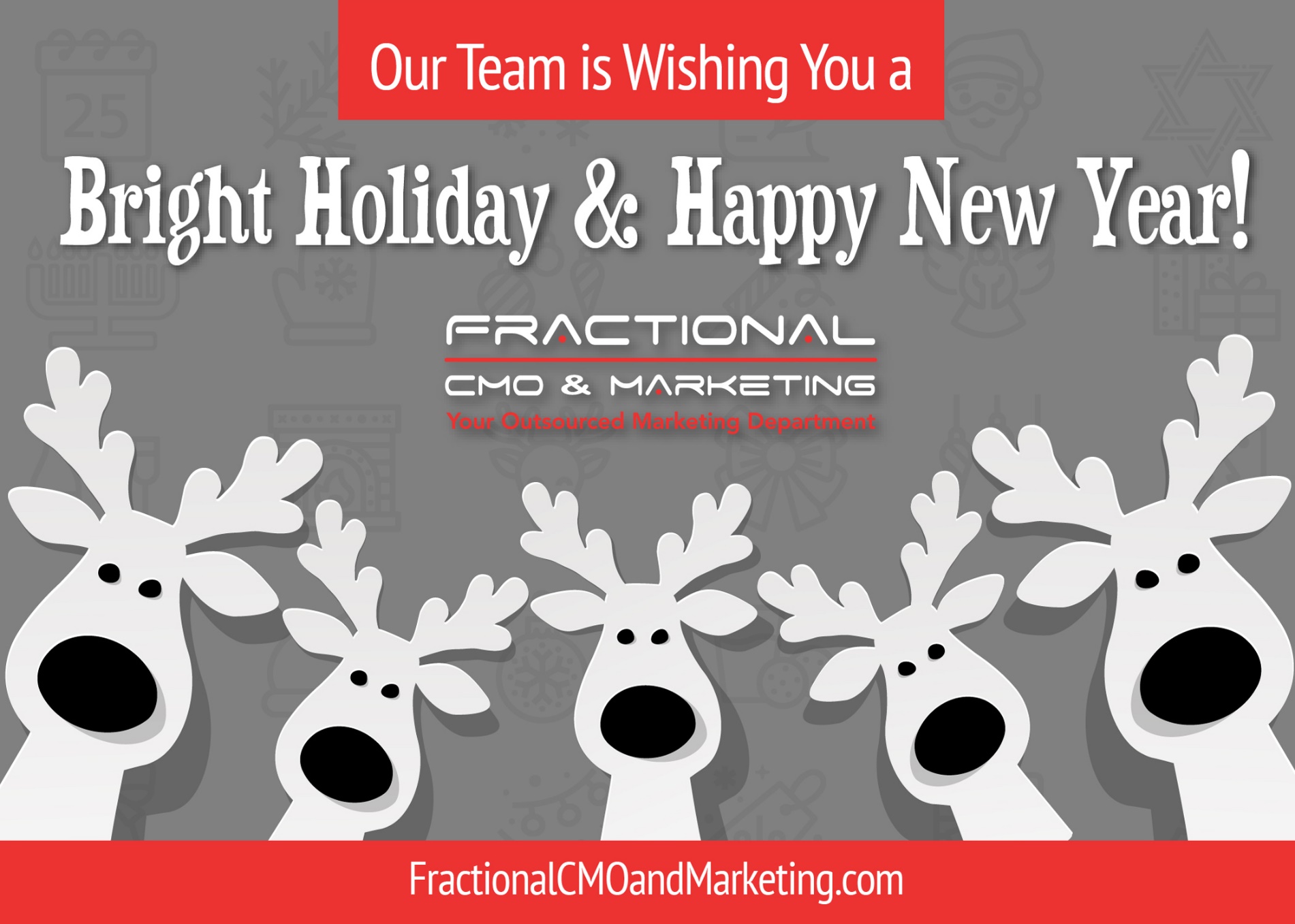 Three of the Most 😦 Holiday Ads of the Past Decade

The sheer volume of purchases made during holidays (especially the winter ones) spikes an organization’s sales numbers, helping to end the year on an upbeat note. For larger or public companies, this also means very positive news to give shareholders, stockholders, and the board of directors. Between mid-November and Christmas, especially, is also a time of the year when competition for gift-giving dollars spent is fierce. Unfortunately, because of that, some marketing / ads have been released that made people wonder “What were you thinking?!” and brought the phrase “read the room” to mind. Here are 3 of the worst offenders over the past decade, well-deserving of us making this face: 😦.

Remember the groundbreaking, iconic Coca-Cola commercial from 1971, with a diverse group of singers grasping bottles of the soda, crooning about buying the world a Coke and teaching it to sing in perfect harmony? Well, the pop giant missed the “perfect harmony” mark not once but twice in a 2016 holiday season ad for the Russian market featuring a map of sorts.

As soon as it was released on VK (the most popular social media app in Russia), viewers noticed the map did not include Crimea. The territory was a major hot-button issue, with Russia and Ukraine fighting over control of it. 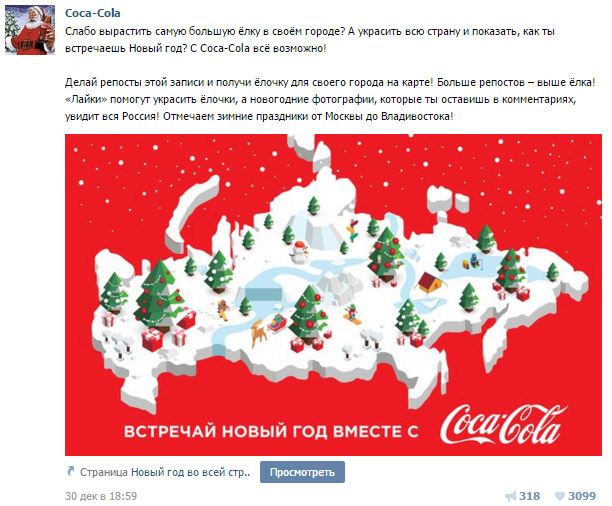 Russian VK users were livid that Crimea didn’t appear on the map, so Coca-Cola apologized and released an update to the ad showing Crimea as part of Russia. This, in turn, incensed Ukrainians to the point of flushing the soda down their toilets – and posting it all on social media. 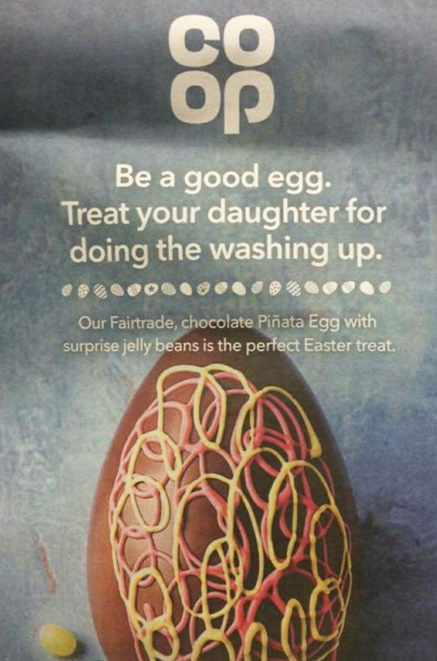 Co-op, short for Co-operative Group Limited, is a UK consumer cooperative with varied retail businesses and employs over 65,000. The food division put out for Easter 2017 a poster doubling as an advertisement that was immediately regarded as sexist – and rightly so. While the #MeToo movement didn’t go viral until the fall of both 2017 (autumn) and Harvey Weinstein (tumbling from Hollywood power), surely Co-op should’ve known better than to have an ad that harkened back to the olden-times idea of kitchen chores being “a woman’s work”.

In fact, the phrase referring to expectant females without footwear inhabiting the kitchen actually comes from a belief of the German Empire (which dissolved in August 1919) that women’s roles in society could be summed up with “kinder, küche, kirche” or “children, kitchen, church”. The ad drew ire, as people drew parallels to the sexist idea that girls belong in the kitchen, as well as questioning why the company used such messaging when the chocolate eggs themselves were Fair Trade (an organization against, among other things, discrimination and assumed gender roles).

Co-op apologized, changed the offensive advertisement, and a spokesperson for the retail food division stated, “We are proud of our organization’s equality and diversity, we are sorry.”

Hmm… Which Gift Should I Give My Wife? Jewelry or a Chemical to Subdue Her?

When we saw this from Virgin Mobile US, we couldn’t believe our eyes! We even researched it further to confirm that the image was actually a real ad and not a meme that someone created. For reasons that you’d be hard-pressed to find anyone understanding, in early December 2012, the mobile phone service provider decided on this messaging for its Christmas advertisement. Making matters exponentially worse and even less comprehendible, it was on the homepage of the company’s website. As most rational people – and certainly competent marketing professionals – would’ve responded, so did the Internet. 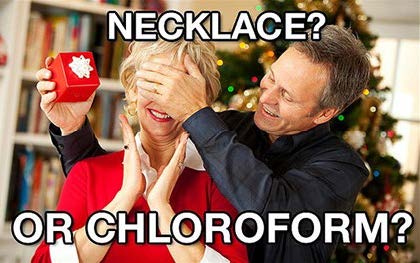 The ad was met with anger, shown especially on Virgin Mobile US’s Twitter feed, where posts in response to the disturbing image mentioned it was entirely inappropriate to make light of the serious issue of chloroform being used to subdue victims, then assault or do worse things to them.

Though Sir Richard Branson did not own this particular Virgin brand company anymore, even he was brought into the fray, by both the media reaching out to him for comments on the situation, and Twitter users tagging him and admonishing him about the misogynistic tone of the advertisement.

He was understandably upset, considering the Virgin brand was involved, and set out to do whatever damage control he could. And this marketing faux pas is absolutely exempt from the old adage “there’s no such thing as bad publicity”, considering media giants like Buzzfeed, The Guardian, Business Insider, Yahoo, The Mirror (UK), The Hollywood Reporter, and others not only picked up the story, but picked apart the premise of the ad (much like society did), and each article also mentioned Virgin Mobile US’s former owner.

Branson used his influence to get the company to remove the ad, and while we don’t know for sure, we hope the marketing department had a mea culpa moment too. A genuine apology was not really offered, though, as the buck was passed to a supposed outside agency that came up with the horrible, awful, distasteful premise for the ad. Combining insult with injury, on December 10, 2012, a spokeswoman for Virgin Mobile USA absurdly said, “This image was not approved by Virgin Mobile USA. We apologize deeply to anyone who has been offended by this posting. It was removed early this morning.” 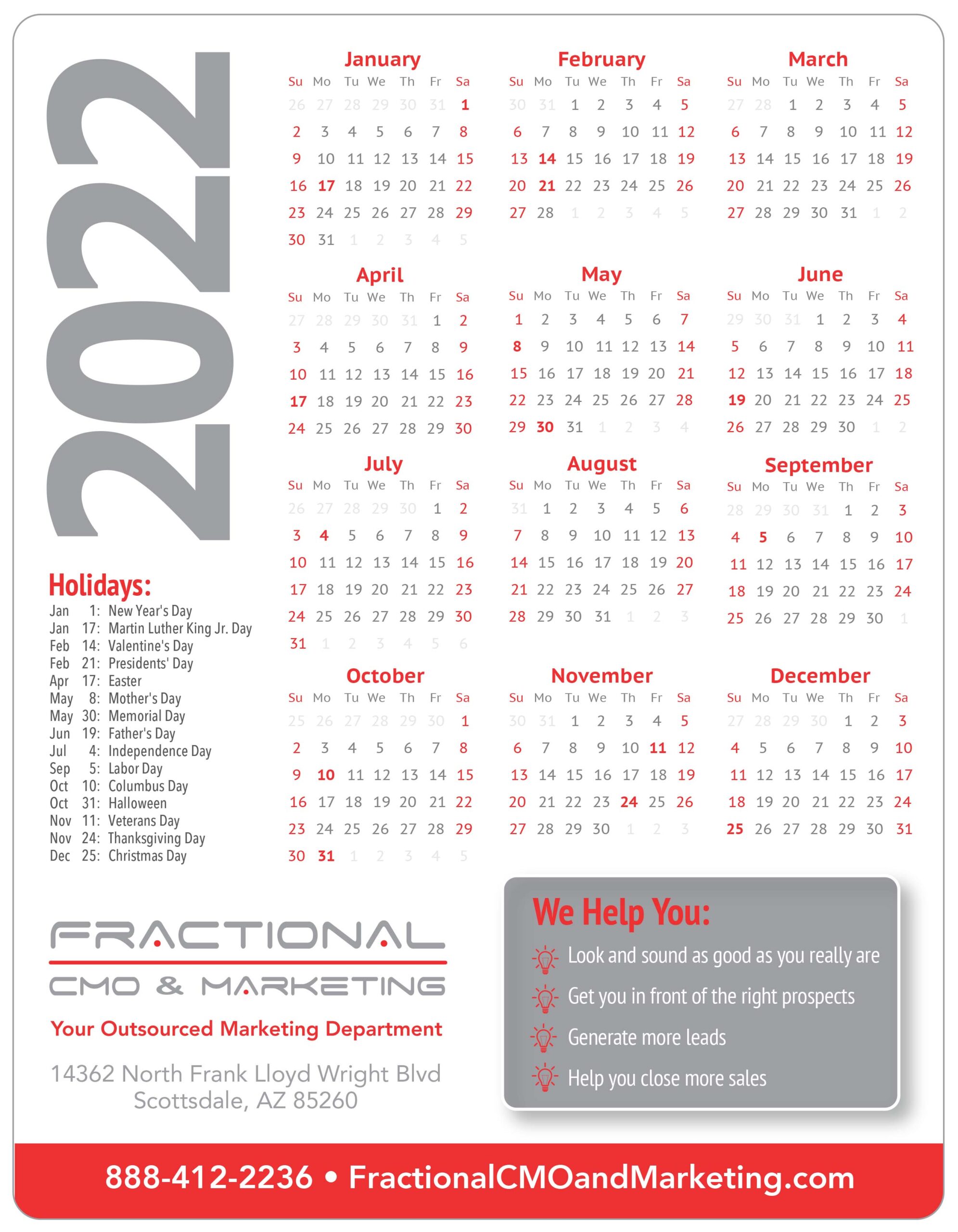